After a virtual race in 2020, Fond du Lac Tribal and Community College excitedly welcomed runners and walkers back to campus for the 16th annual Pumpkin Run & Walk 5K on October 23, 2021.  Participants in the 16th annual Pumpkin Run & Walk were greeted with a beautiful brisk morning for the five-kilometer race on Saturday in Cloquet. 211 runners and walkers finished the oldest Halloween-themed race in northern Minnesota.
Overall winner Scott Behling of Duluth finished with a time of 15:17, coming very close to the course record of 15:13 set by Eric Hartmark in 2009. Gerrit Livingston of Duluth finished second in 16:37 and David Hyöppönen of Duluth was third with a time of 16:54. 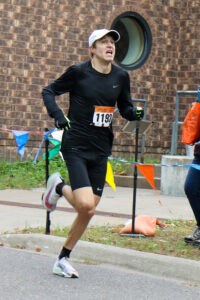 Susan Drache of Duluth finished first in the women’s overall division with a time of 20:47, placing her fifth overall. Second place went to Kelly Pechous of Hibbing in 21:19, followed by Anne Hyöppönen of Duluth in 21:31 for third place. The Pumpkin Run course is certified by US Track and Field. 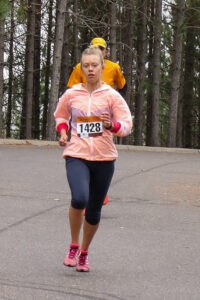 Race participants celebrated the theme of the Pumpkin Run by wearing creative costumes or orange and black clothing. Competition was keen for the coveted Best Costume awards, with the winners covering a range of characters including an elaborate butterfly costume, a large group of M&Ms, a team of cats and more. 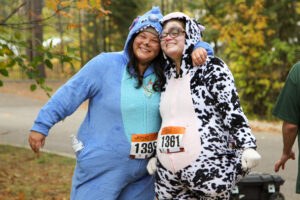 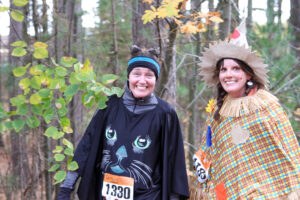 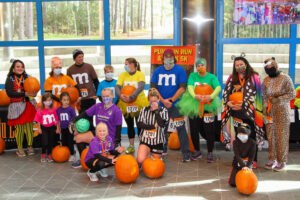 Another Pumpkin Run tradition is awarding medals to the fastest Fond du Lac Tribal and Community College students in the race. This year, Jesse Bahen of Cloquet was the men’s division winner in 24:19, and Jayden Karppinen of Esko won the women’s division in 24:35. 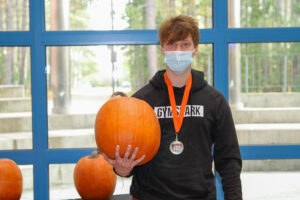 The racecourse started on the FDLTCC campus and then followed 14th Street going south to the Valley View neighborhood and then turned around on Harner Lane and returned along 14th Street to the campus. The race was professionally timed by Gopher State Events using electronic chip timing attached to each participant’s race number bib, and individual results and a finish line photo were sent to each finisher immediately upon crossing the finish line.
Upper Lakes Foods provided all the amazing post-race refreshments, and several local businesses sponsored the race through prize donations including Tortoise & Hare Footwear, Duluth Running Company, Austin Jarrow, Mellin Promotional Advertising, and Pine Knot News. 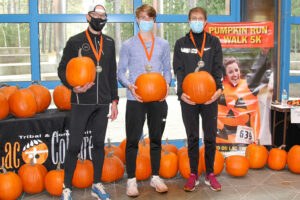 FDLTCC offered me a supportive environment I couldn't pass up, everyone and everything here at school is trying to help you succeed, from the programs, to the faculty, to the resources.